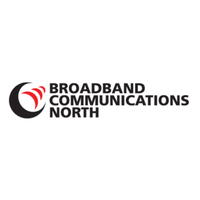 BCN was incorporated in 2002 as a not-for-profit community driven network which initially targeted 28 un-served and underserved communities with broadband issues in Manitoba. Since then BCN has been actively improving and expanding its network to serve more communities in order to facilitate equitable high-speed broadband. BCN now services over 50 rural, northern and remote communities in Manitoba.

BCN is one of the only ISPs that has developed the capacity to work with the full range of technologies required to deliver connectivity to customers: satellite, fixed wireless, microwave, and fiber.